Skip to content
159 shares
*This post contains affiliate links*
A couple years back my hubby and I took the kids to Disneyland. It has been one of our favorite family vacations to date! We had a blast! If you have not taken your kids, I highly recommend it! It was magically to see their little faces light up as they saw their favorite Disney stars! Man, that Walt Disney was a Genius!!!! One of my favorite things, that I still drool over to this day are the Disney Churros! I don’t know if it was all the walking or waiting in line or that I was crazy hungry…that made them taste better than any other Churro in the entire world or they are really that good! I’m thinking, they are that good! During my last pregnancy I was super craving one of those delightful churros and the ones at Sam’s were just not cutting it!! Made me wish a Disney trip wasn’t such an expensive proposition. Any who… I was surfing Pinterest and found a recipe for a Cinnamon Churro Chex Mix… I was super anxious to make them!!! How could you go wrong! I love cinnamon and sugar anything!!! Warning this mix is HIGHLY addictive!!! I recommend making this only for an event where others will be attending, so that you do not eat an entire batch yourself! I forced myself to take some to a couple of my friends, to ensure that I did not eat the entire batch… My friends raved about these delightful treats and were happy to help me with my will power! 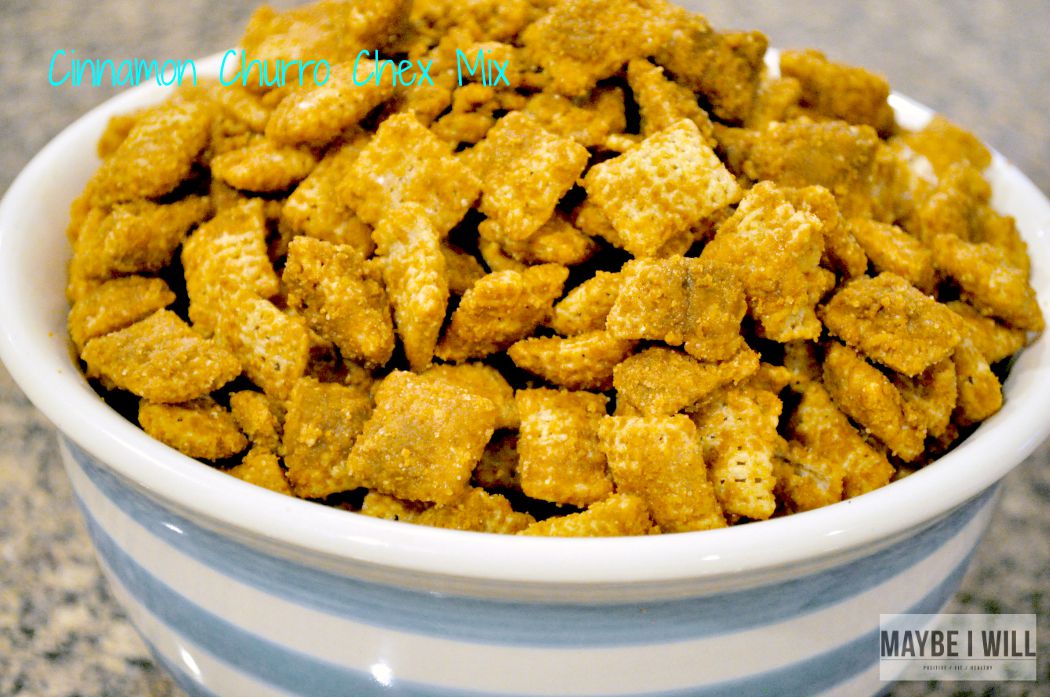 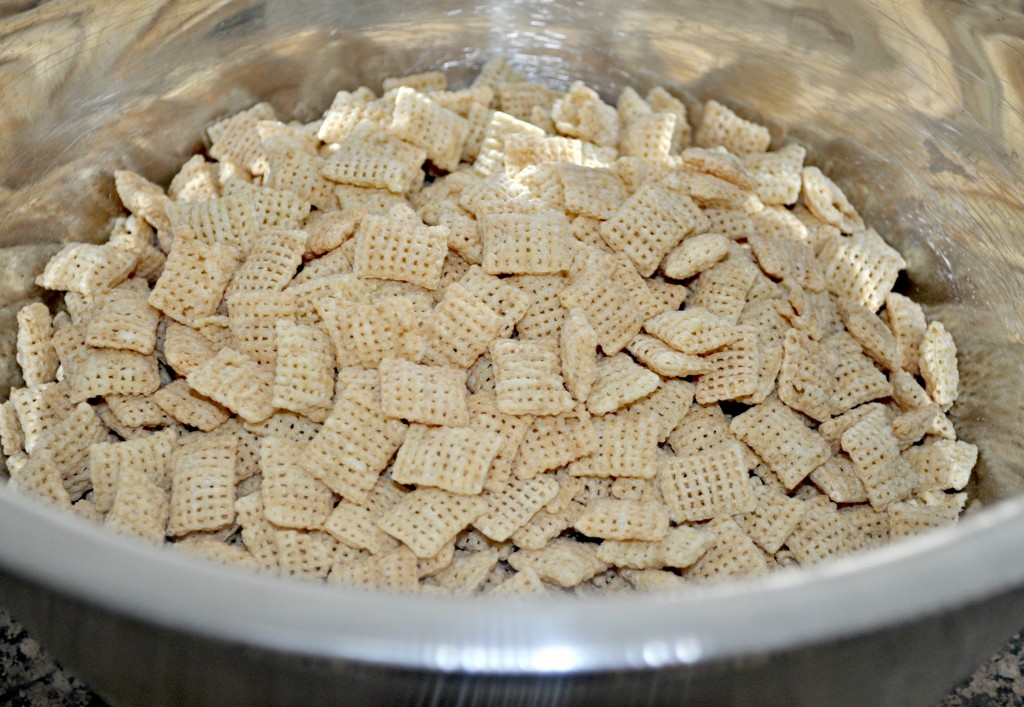 1st: place Chex Mix in a Large Bowl- Look at that lovely cereal not knowing the goodness that awaits it 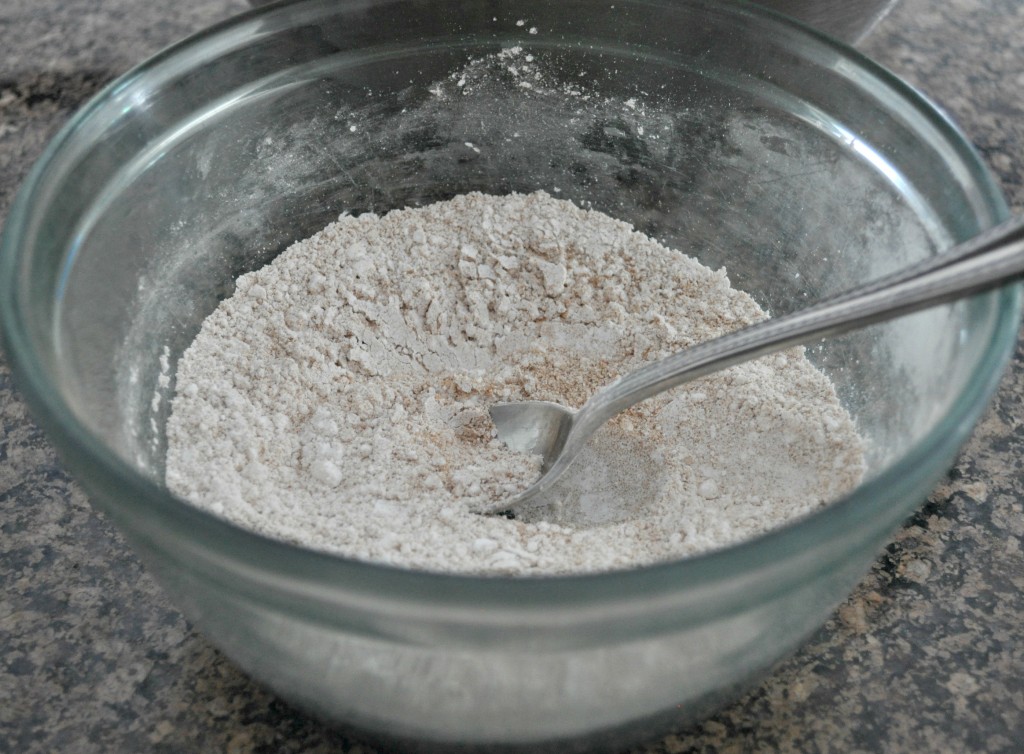 Pour melted cinnamon chips over cereal to coat then cover with cinnamon sugar mixture! Once well coated place on cookie sheet lined with wax paper to cool and set! 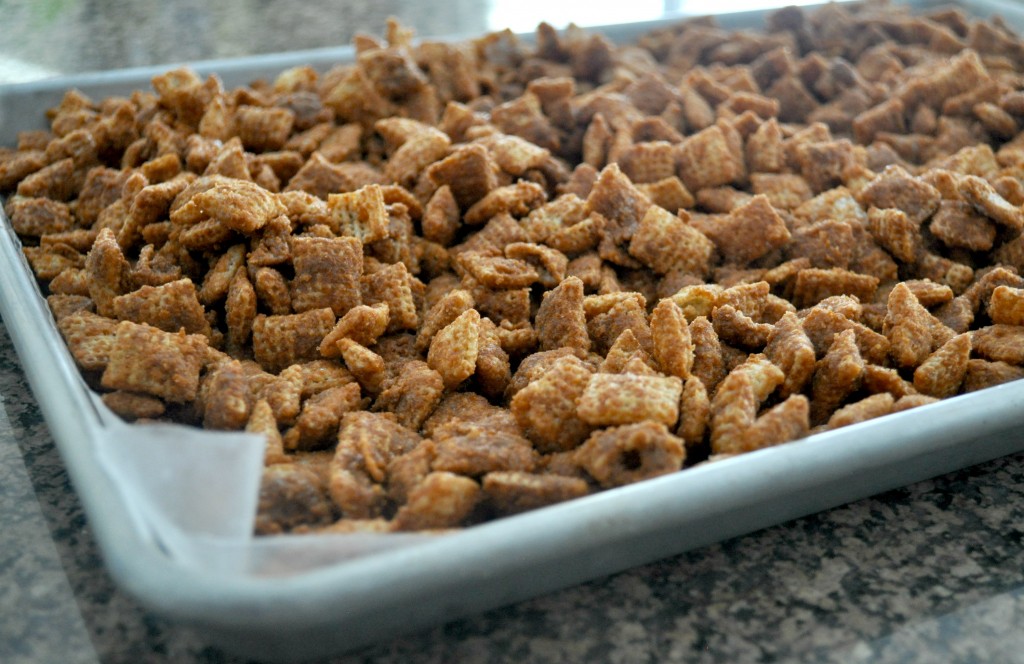 Now Enjoy!!!!!! You’ll thank me for this later — Doubling the amount of cinnamon chips is the right call 🙂