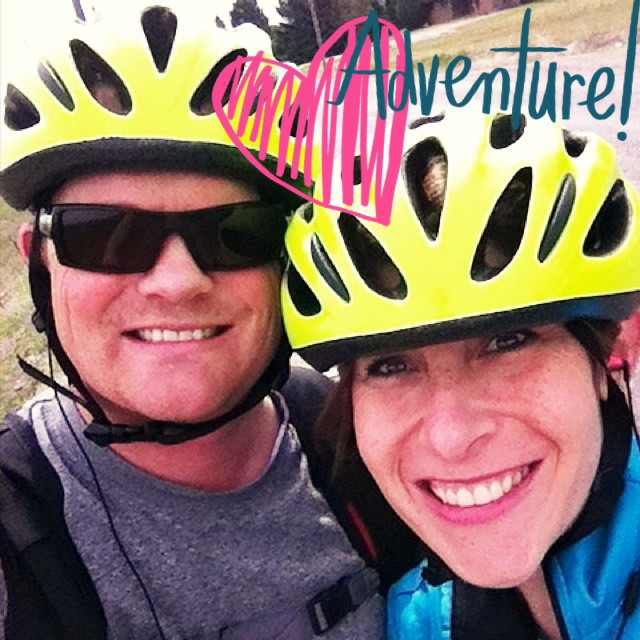 For Kelly’s 36th Birthday we decided we wanted to try something completely out of our comfort zone and be active to commemorate his special day. Kelly has been looking at and researching road bikes for awhile. Those puppies are EXPENSIVE!!! Even a nice used one… you’re looking at at least $800. So To make sure it was worth the expense I thought it might be wise to rent road bikes first to see if it is actually something he and I would enjoy. So I scheduled a bike rental and called my parents and had them watch the kids overnight at their place, so that we could just wake up and Go! Side note…Seriously if you have never farmed out your kids so that you could have the house to yourselves for a night… get it planned!! Seriously Kelly and I LOVE this! We can stay up late then sleep in and pretty much do whatever the heck we want without having to factor in kids…It is a nice break 😉
We had done some research and talked to friends about what “gear” we might need for our little excursion. Everyone told us that padded shorts were a MUST. If you have never experienced padded shorts its like wearing a memory foam diaper. But after 20 + miles I agree COMPLETELY that this is something you don’t not want to skip! They also have gel seats that you can just slip over the bike seat for some added cushion. Kelly did not have the slip on cushion. ( I borrowed mine) He was hating life and decided that the cushion shorts were just not enough… We even contemplated riding our bikes to Walmart to pick one up… But we realized we left our wallets back at the car. So he just toughed it out.
About a quarter of a mile into it,  I realized I completely sucked at shifting gears. I would get it all screwed up and was totally incapable of getting it back to a “good” tension. Before you laugh I never had a cool 10 speed in high school… I was completely out of my element and I got super frustrated… Like I almost chucked the bike and stomped on it! It was bad!!! Sweet patient Kelly had to get off his bike and jump on mine to fix it. Thank goodness he was around! After he set is up I did not touch my gears once!! I just powered through when I should of probably shifted.. This will be a skill that I will need to work on. Once Kelly fixed my gears and  we got going it was really fun! I am runner and Kelly prefers not to… So when we run I’m always ahead and pretty much kicking his trash… he will admit to this! But on the bikes he totally kicked my butt! He was a lot faster probably cause he knew how to use all the fancy gears. We rode our rental bikes all over the hills of Idaho Falls. We guesstimated we rode over 20 miles. We had so much fun but after awhile our bums were sore and we were hungry!!! So we called it quits and returned the bikes just in time for brunch! After 2.5 hours and an unknown number of miles we were starved!! Let’s just say our waitress had to order additional food…
Bottom line road biking was a blast! It is great exercise and Kelly and I have officially started to save to buy our own bikes! So help me out click on some ads… 😉
I found an awesome video on YouTube I wish I would have watched prior to my ride on how to work the fancy gears!! 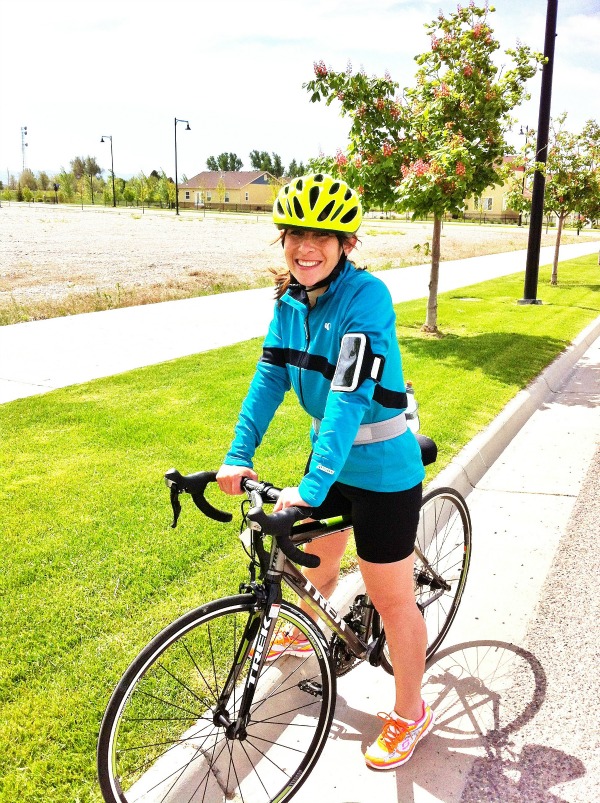 At least I looked cute on my bike! 😉